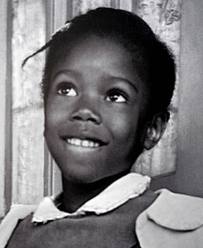 Ruby Nell Bridges was born on September 8, 1954, in Tylertown, Mississippi, and grew up on the farm her parents and grandparents sharecropped in Mississippi. When she was 4 years old, her parents, Abon and Lucille Bridges, moved to New Orleans, hoping for a better life in a bigger city. Her father got a job as a gas station attendant and her mother took night jobs to help support their growing family. Soon, young Ruby had two younger brothers and a younger sister. When Ruby was in kindergarten, she was one of many African-American students in New Orleans who were chosen to take a test determining whether or not she could attend a white school. It is said the test was written to be especially difficult so that students would have a hard time passing. The idea was if all the African-American children failed the test, New Orleans schools might be able to stay segregated for a while longer. She lived a mere five blocks from an all-white school, but attended kindergarten several miles away in an all-black segregated school. Her father was averse to his daughter taking the test, believing that if she passed and was allowed to go to the white school, there would be trouble. Her mother, Lucille, however, pressed the issue, believing that Ruby would get a better education at a white school. She was eventually able to convince Ruby's father to let her take the test.